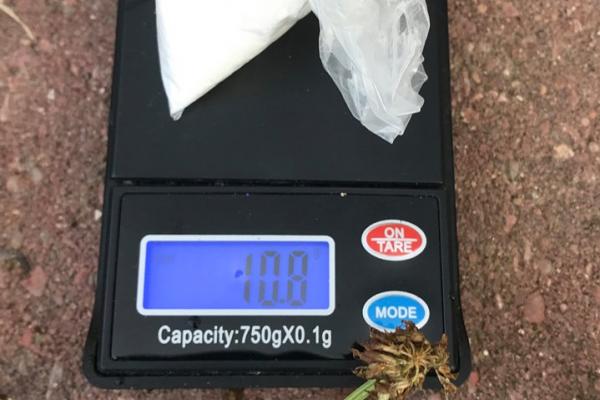 BOWLING GREEN, Ky. – Seven people have been charged in a conspiracy to deal a large quantity of methamphetamine in the Bowling Green area, announced United States Attorney Russell Coleman.

“Relationships matter especially in law enforcement, when collaboration is needed to defend our families from the volume of poison that traffickers are pouring into West Kentucky,” said U.S. Attorney Russell Coleman. “That is exactly why we opened a fully-staffed office of federal prosecutors in Bowling Green earlier this year, to work with some of the finest lawmen and women in our Commonwealth to better protect Southcentral Kentucky.”

“This case resulted in the largest crystal meth seizure in Warren County history.  These cases are not possible without a team effort of our state, local and federal partners,” said Tommy Loving, the Executive Director of the Bowling Green/Warren County Dug Task Force.

“Our local detectives partnering with the FBI shut down a major supplier of crystal meth and his drug trafficking organization.  The US Attorney’s office worked with us from the early stages of this case to help bring it to fruition. The Bowling Green Police, Kentucky State Police, Warren County Sheriff’s Office, and WKU Police all participated in the joint investigation with the FBI,” Loving said.

According to the indictment, beginning June 11 and continuing to on or about Aug. 30, the seven defendants: Tyrecus J. Crowe, George Sanchez, Andre M. Graham, Michael D. Padilla, Raymond Derouse Jr., Jeremy Quezada, and Brandon Cherry, conspired to possess with intent to distribute methamphetamine. Derouse, Quezada, and Cherry all face additional counts for possession with intent to distribute a controlled substance: methamphetamine.

An accompanying affidavit in support of a federal criminal complaint gives more details surrounding the alleged conduct. According to the document, on July 24, the Texas Department of Public Safety stopped a white Chevrolet Tahoe on a speeding allegation. A driver and two passengers occupied the Tahoe.

The driver consented to have the DPS search the vehicle. That consent search uncovered approximately 40 pounds of suspected crystal methamphetamine hidden in a black bag, according to court records. The search also revealed a rental agreement between the rental company and Tyrecus Crowe.

During a July 26, interview, the driver stated that during both trips, Crowe provided the driver with cash to deliver in California. Once in California, the driver met George Sanchez at a pre-determined location in Los Angeles, California. Sanchez met the driver, then the two traveled together in Sanchez’s vehicle to a residence relatively close to the initial meeting location. Sanchez and the driver hand counted the money, then Sanchez weighed the money on a scale. The driver did not remember how much money he transported the first trip, but Crowe gave the driver $105,000 in cash during this second trip. The driver gave Sanchez the $105,000 and Sanchez then gave the driver the crystal methamphetamine and drove him back to the driver’s vehicle.

If convicted at trial, the defendants face no less than 10 years and no more than life in federal custody. The United States has also filed notice to seek forfeiture from the defendants named to include:$57,000 in cash, a residence in Bowling Green, 2008 Ford Mustang, 2012 Nissan Altima, 2001 Impala and a 2015 Maserati Ghibli.

A federal complaint is a written statement of the essential facts of the offense charged and must be made under oath before a United States Magistrate Judge.

On the night of Aug. 30, detectives with the Bowling Green-Warren County Drug Task Force seized 44 pounds of methamphetamine from a car involved in the investigation, task force director Tommy Loving said. The meth has a street value of $352,000.

The case is being prosecuted by Assistant United States Attorney Mark Yurchisin of the U.S. Attorney’s Bowling Green Branch Office. The case is being investigated by the Warren County Drug Task Force, and the Federal Bureau of Investigation Louisville Field Office.