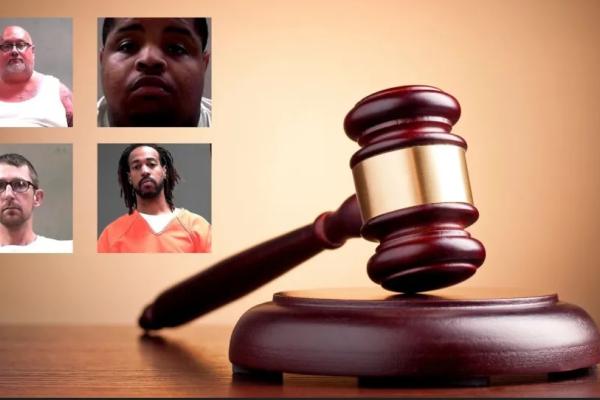 Solomon Watters, 26, of Cleveland, was indicted for conspiring to distribute over 1.2 kilograms of fentanyl in Ohio County and elsewhere, according to Ihlenfeld.

Investigators seized $212,000 in cash from Watters and his co-conspirator, Chelsea Banks, 26, of Wheeling, along with three guns, Ihlenfeld said.

Christopher Park, 50, of Wheeling, was indicted for possession with the intent to deliver after agents seized over two kilograms of powder cocaine and several ounces of crack cocaine from him, according to Ihlenfeld.

A large portion of the cocaine recovered was shipped from Phoenix to Park in Wheeling, Ihlenfeld said. Agents also recovered $4,800 in cash and a loaded handgun.

David Lee McCracken, 38, of Moundsville, has been indicted for possessing a large quantity of methamphetamine in his hotel room at The Highlands earlier this year. Investigators also recovered $3,200 in cash, according to Ihlenfeld.

Michael Shawndale Davis, 38, was indicted for possession of ammunition by a prohibited person after he allegedly fired shots outside of the Formosa Apartments on Eoff Street in Wheeling, according to Ihlenfeld. Davis has several prior felony convictions, including one for drug trafficking. On June 25, surveillance footage captured Davis shooting a gun at an acquaintance.

“Our state and federal agents are to be commended for intercepting such significant amounts of fentanyl, cocaine, and cash,” Ihlenfeld said. “These drug seizures saved lives and disrupted the flow of drugs from the Southwest border to the streets of Wheeling, West Virginia.”

An indictment is merely an accusation. A defendant is presumed innocent unless proven guilty.