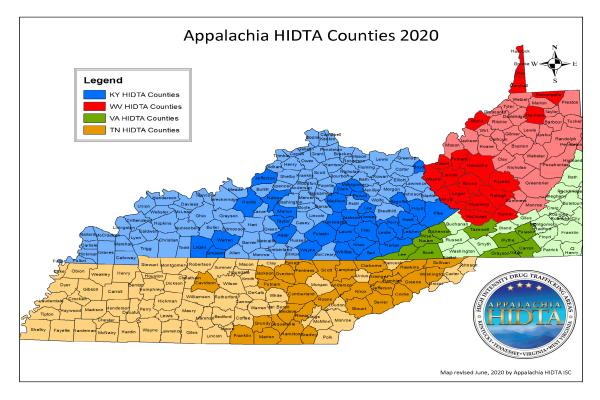 “I would like to congratulate Davidson County in Tennessee as well as, Logan, Simpson and Clark Counties in Kentucky for being four of only fifteen counties nationwide to receive designation for 2020 by the Office of National Drug Control Policy to become a part of a national program in the fight against opioids, including heroin and fentanyl, and other illegal substances being brought into communities daily. ,” These newly designated counties, will become a part of the Appalachian High Intensity Drug Trafficking Area (AHIDTA), which includes ninety-three counties across four states, working in close collaboration with our law enforcement partners to identify and prosecute those involved in illegal drug trafficking,” said J. Douglas Overbey, the United States Attorney for the Eastern District of Tennessee and Chairman of the AHIDTA Executive Board.